A federal judge recently ruled that Mexican fast food chain Taco Bell violated both federal and California laws protecting the disabled from discrimination at its restaurants, the Associated Press reports.

While this ruling is based on customer complaints, the same goes for employees at companies where they don’t provide the proper access for people with disabilities. And job-seekers who are disabled should get equal access to job opportunities as able-bodied prospective employees as well. 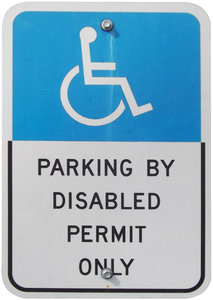 While there have been great strides made in terms of improvements for those who have difficulties getting around based on physical or mental issues, disability discrimination in Orange County is still a serious problem. Whether intentional or not, many businesses simply don’t do enough to ensure disabled Americans have the same opportunities as others.

Financial reasons or otherwise, it doesn’t matter. All Americans should have the same chance at jobs and in commerce, regardless of their circumstances. An Orange County employment lawyer, with experience in handling discrimination matters must be consulted in order to determine the extent of the discrimination.

According to the federal judge’s ruling, the 220 stores in California must undergo major changes in order to ensure its customers with wheelchairs and scooters be accommodated. The judge must also decide how much money the victims in the lawsuit must receive.

The customers filed the class-action lawsuit in 2002, alleging that the California stores didn’t offer proper handicap parking, wheelchair-accessible restrooms and tables and other requirements for disabled patrons. Taco Bell could appeal the ruling, though a company spokesman declined comment to the news wire service.

The customers are represented by a Denver attorney who filed a lawsuit against the fast food chain in 2000 which was settled and resulted in the company agreeing to improve its restaurants.

Taco Bell argued throughout the life of this lawsuit that it had fixed many of the alleged violations during the last nine years, which includes compliance with a 2007 judge’s order to fix issues with lines, tables and doors. But the judge said the company is still out of compliance in many areas and hasn’t even followed its own policies and has shown a history of not doing so.

The ruling by the federal judge came after a week-long trial without a jury looking at a San Pablo store specifically as an example of the rest of the company’s stores in California.

While this particular lawsuit applies to customers, employees or potential employees have the same rights as customers regarding disability access. Any person who gets a job with a company must have the same access to equipment as anyone else.

A person also shouldn’t be disqualified for a job based on their disability. Obviously, a person in a wheelchair probably wouldn’t make a good professional football player, but that is a specialized skill set unlike a fast food chain cashier or department store customer service representative. The skills of a person, not their physical ability should be the criteria for hiring and firing, though sometimes it isn’t.