As the California Employment Lawyer Blog reported recently, older Americans seeking jobs are facing discrimination from employers who refuse to put them on equal footing with younger job seekers.

As the New York Daily News and The New York Times report, those who are unemployed are also facing an unprecedented form of unemployment discrimination in Santa Ana and nationwide. 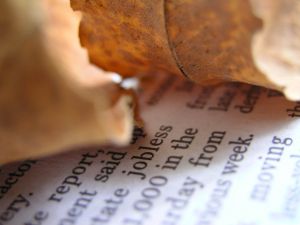 More and more job ads have phrases like “must be employed” and “if unemployed, don’t apply,” which are clearly discriminatory. But most states don’t include the unemployed in a protected class along with disability, gender, sex and others that cannot be the basis for hiring and firing practices.

Santa Ana employment lawyers have seen more and more jobless turned away simply because they don’t have a job. And with employment so high in California — hovering around 12 percent — odds are this practice is rampant in our area of the country. And it has to stop.

Businesses certainly have the right to hire the best candidates and if they believe one candidate is better than another, they should be able to hire that person. But, they shouldn’t turn down people simply for not having a job. Millions of people are unemployed right now and their skills aren’t necessarily the reason they were let go.

They may have performed well, but their branch or particular department overall didn’t. The boss may have had an issue with one employee and chose to keep another when times got tight. It’s possible that the unemployed worker did nothing wrong, and now he or she is facing another uphill battle.

New York state lawmakers have already pushed to include the unemployed in a protected list of those who can’t face discrimination for jobs. New York Daily News reports that a city councilman is pushing to add the unemployed to a protected class citywide as well.

The New York Times reported in July that New Jersey lawmakers had passed a law that bans job ads for companies that bar unemployed workers from applying. That law went into effect in June.

Let’s hope California lawmakers are paying attention. Discrimination comes in many forms and when applying for jobs, every job seeker should get every opportunity to succeed. As tough as the economy is right now and how desperate people are for work, the unemployed must not face even greater challenges from those who want to boot them off the unemployment line.