The Supreme Court of the United States has announced the cases it will review, and one of those is a sexual harassment case out of Indiana. 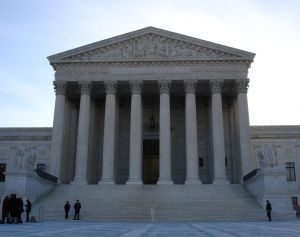 Chino Sexual Harassment Lawyer Houman Fakhimi understands this could have serious implications for victims and perpetrators of sexual harassment in California.

The core issue here is whether the supervisor liability rule, as established in Burlington Industries, Inc. v. Ellerth and Faragher v. City of Boca Raton, applies to harassment (either sexual or racial) by an individual who has authority to directly oversee the victim’s daily work or is only limited to those harassers who have the power specifically to hire, fire, demote, promote, transfer or discipline the alleged victim.

In understanding why this is key, we have to first understand the supervisor liability rule. Both the above-listed cases were decided by the U.S. Supreme Court in 1998. The court determined that employers may be held responsible for “vicarious liability” for the unlawful harassment carried out by its supervisors. Essentially, this means that the employer has to take a reasonable amount of care to prevent and if necessary, promptly address and correct, any behavior deemed sexual harassment. It also puts some of the responsibility on the shoulders of the worker who is harassed, indicating that they must take advantage of any preventative or corrective opportunities that are made available by the employer.

So that brings us to Vance v. Ball State University. Although this particular case centers on racial harassment against a department’s only African American employee, the decision rendered will apply to sexual harassment victims as these rights are outlined under the Civil Rights Act of 1964, also known as Title VII.

Vance was working at the dining hall of the university, and in 2005, began filing complaints with university officials regarding the offensive conduct of her co-workers. These complaints were reportedly the result of the repeated use of racial epithets, indirect threats of physical harm and even references to the Ku Klux Klan.

The following year, the plaintiff filed two complaints with the Equal Employment Opportunity Commission. One was regarding the racial discrimination and the other for retaliation. She was granted the right to sue and then followed through in in a federal civil case.

However, the district court dismissed the case. Vance appealed. However, upon that appeal, she pursued only the issue of a hostile work environment, as well as the issue of retaliation. She had claimed that although she was promoted to a higher position within the dining hall, she was assigned to menial tasks, denied overtime hours and endured continued harassment.

However, the appellate court affirmed the earlier dismissal, ruling in favor of Ball State.

Vance again appealed. But the issue here has bigger implications. If the harasser is the victim’s co-worker – and not supervisor – can the employer be held liable?

The case is set to be heard Nov. 26, 2012, and our Chino harassment lawyers will be closely following the outcome.

If you are struggling with sexual harassment in Chino, contact the Employment Law Team for a confidential consultation to discuss your rights. Call (877) 529-4545. Serving Ontario, Riverside and the entire Los Angeles area.